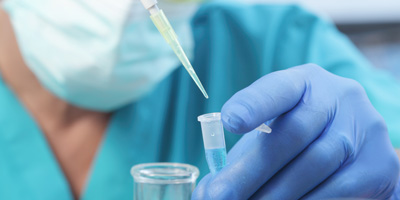 A massive study looking into the influences that genetics may have in cancer has recently been published in the Journal of the American Medical Association. The researchers monitored over 200,000 twins in order to generate estimates of the risk of heritability in 23 different types of cancers.

Nordic Twins from Denmark, Finland, Norway, and Sweden were followed for an average period of 32 years between 1943 and 2010. A total of 27,156 diagnoses of cancers were found in 23,980 of those individuals, which provided the statistic of 32% cumulative incidences.

The method in which researchers estimated familial risk and heritability was through time-to-event analyses as well as with follow-ups through cancer registries.

It was found that when one twin had developed cancer, the other twin in turn had a greater risk in being diagnosed with cancer. In identical twins, an absolute 14% risk was found while in fraternal twins, an absolute 5% was found. Through all the statistics generated from monitoring 23 different types of cancers in thousands of twins through the years, they concluded that the heritability of cancer was overall 33%. This was shown to be in particular with skin melanoma, prostate cancer, non-melanoma skin cancer, ovarian cancer, breast cancer, kidney cancer, and uterine cancer. They all had a risk above average of developing in the second twin.

An interesting find in the study was when both twins had developed cancer, 2/3 of those siblings were diagnosed with different kinds of cancers. The team of researchers believes that these results imply that in some families, there is a common increased risk for cancer.

According to the published report, the researchers further concluded, “this information about hereditary risks of cancers may be helpful in patient education and cancer risk counselling.”